In the 1950s, when Colonel Harland Sanders started the Kentucky Fried Chicken franchise, chickens enjoyed longer lives, and their muscles—particularly their legs—were tougher. Cooking these old birds fast and to order was no mean feat because their dark meat was loaded with tough collagen. The colonel knew that simply turning up the heat on the fryer wouldn’t work; higher heat at the food surface just doesn’t accelerate cooking appreciably.

Unable to find a suitable fryer, Sanders financed the development of a new kind of deep fryer, one that uses high pressure rather than high temperature to speed cooking and tenderize the dark meat. Winston Shelton—who later invented the CVap water-vapor oven—came up with the winning design. Winston Industries’ “Collectramatic” is still sold today but has since evolved to accommodate the shift in public preference for white meat. The 21st-century Collectramatic can cook at pressures and temperatures considerably lower than those applied in Sanders’s day. Some serious fried-chicken enthusiasts might have a Collectramatic in their kitchen, but the rest of us can still make incredible fried chicken with just a deep fryer or by combining a large pot with a stovetop. Inspired by Sanders’s ingenuity and passion for succulent poultry, we created The Colonel’s Fried Chicken recipe. Containing eleven herbs and spices, the flour mix coats the chicken in a flavorful layer of savory goodness. Once fried, the outside is crisp and golden, while the inside remains tender, juicy, and altogether delicious. Enjoy your chicken hot, just out of the fryer, or serve it cold at a picnic—there is something undeniably satisfying about cold fried chicken. 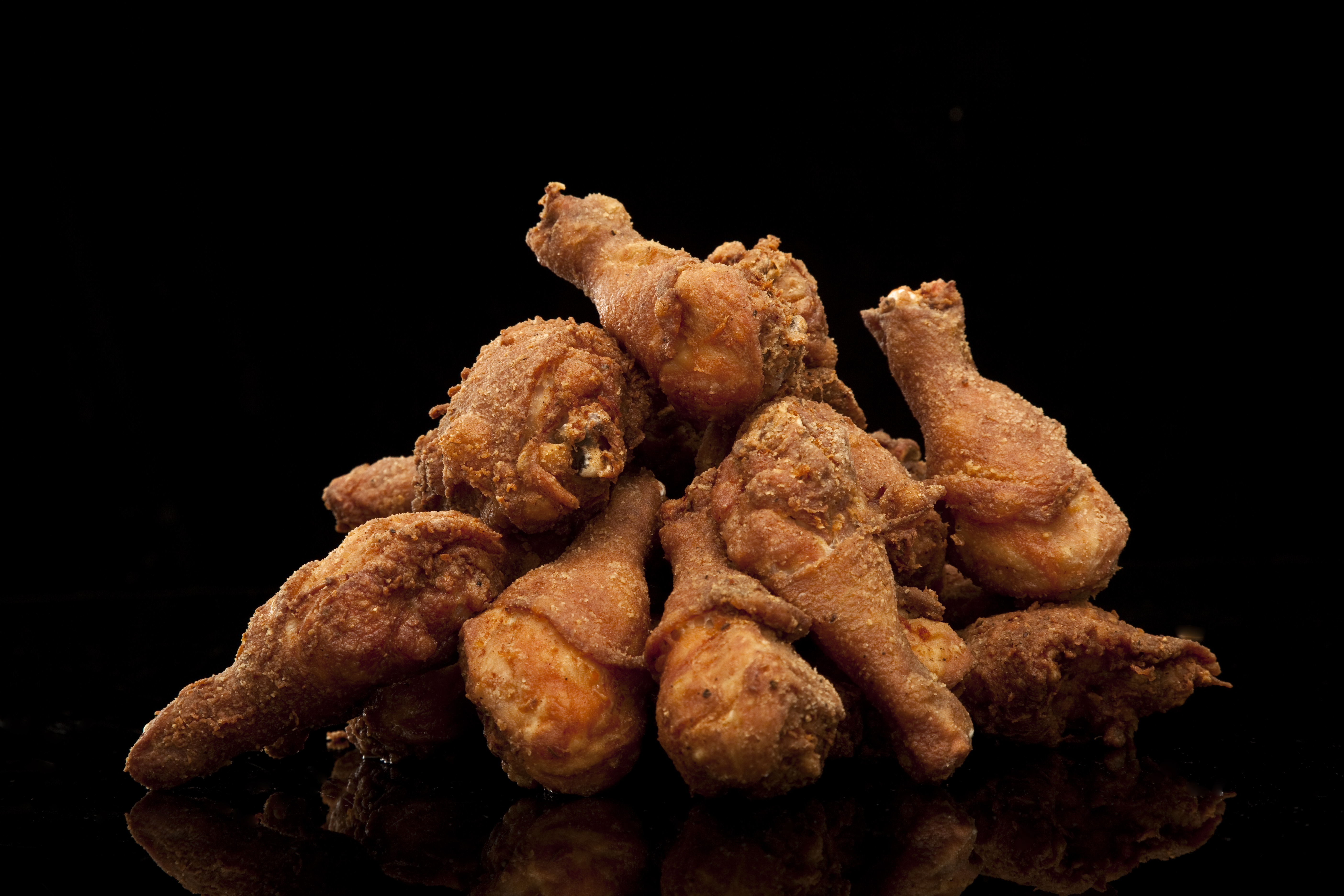